Home / Blog / Breaking / ‘nothing to live on’ – trying to hold on as pandemic guts tour...
News

With no American visitors to show around the D-Day beaches or the Loire Valley’s chateaux, and no work on the immediate horizon, Paris tour guide Linda Zenou frets about how she will pay off a loan and continue to care for her ailing mother in the achingly lean months ahead.

“My situation is going to become completely inextricable,” she said. “We have nothing to live on.”

For growing numbers of businesses and individuals who depend on the global tourism industry, the question is not so much when the coronavirus pandemic will end but how and if they will survive until business picks up. In trying to fend off the virus, countries that put up entry barriers to tourists have done so at a mounting cost to themselves and others.

“It’s now survival of the fittest,” said Johann Krige, CEO of the Kanonkop wine estate in South Africa, where the drying up of wine-tasting tourists threatens dozens of wine farms around the historic town of Stellenbosch, near Cape Town.

“A lot of them are going to go under because they just don’t have sufficient cash flow,” Krige said.

Around the world, travel amid the pandemic is becoming a story of tentative steps forward in some places, but punishing steps back elsewhere, of “yes” to letting back visitors from places faring somewhat better against COVID-19 but not from others where outbreaks are flaring. 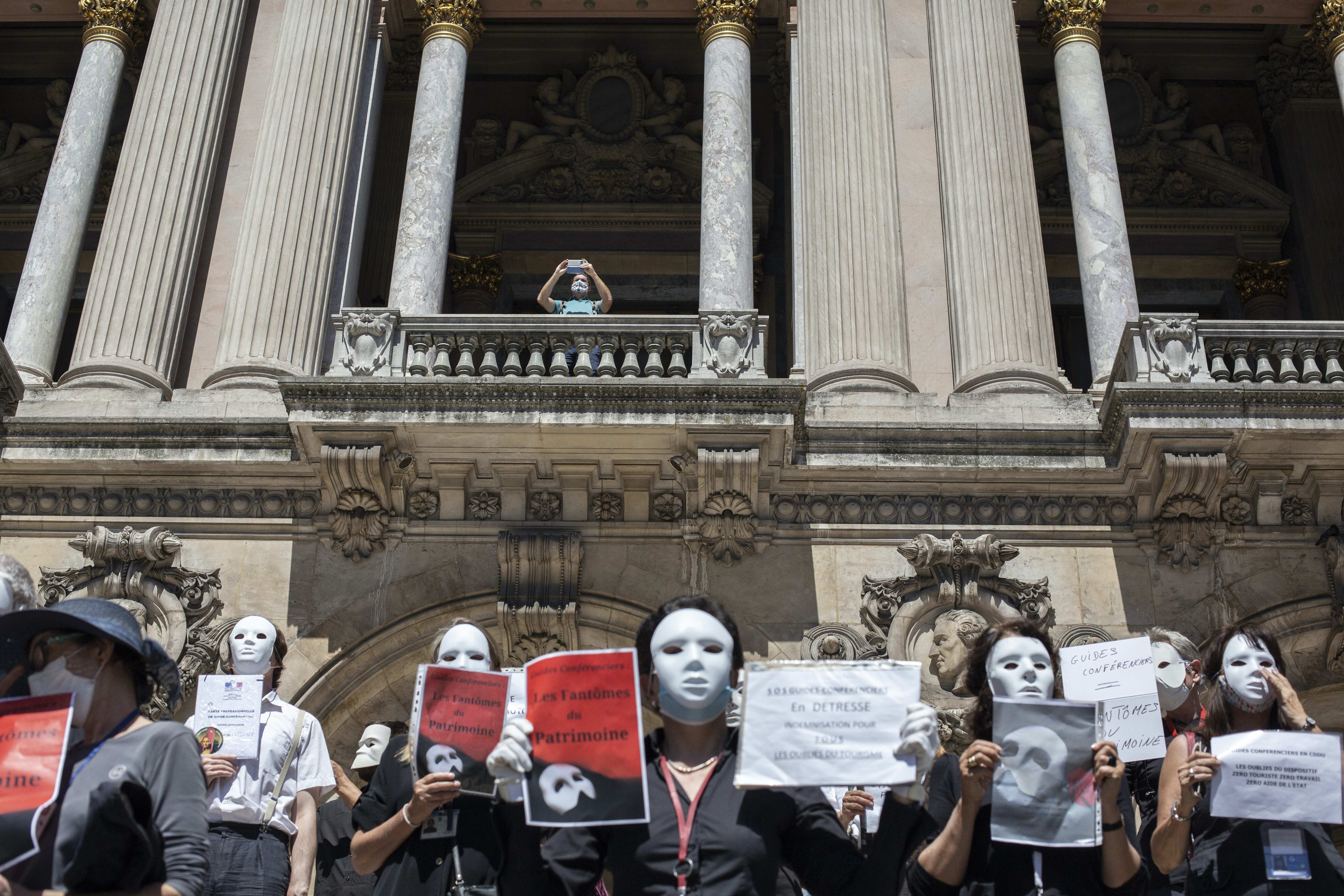 French tourist guides stage a protest regarding the impact on their sector due to the coronavirus outbreak, outside the Opera Garnier in Paris, France

The result is an ever-evolving global mishmash of restrictions and quarantines, all of which are providing zero long-term visibility for businesses trying to make payrolls and for everyone in the industry from trinket sellers to luxury hotels.

In Australia, the government of Queensland, home to the Great Barrier Reef, barred visitors from Sydney starting Saturday because of a growing outbreak in the country’s largest city. Queensland tourism official Brett Kapernick predicted that could cost some businesses a 40 percent plunge in revenue.

“With this pandemic, the situation becomes fluid and therefore evolves weekly,” Kapernick said. “A week ago, we didn’t think we’d be facing a border closed to Sydney.”

While the Indonesian resort island of Bali tentatively opened up to domestic visitors on Friday, the beaches of Da Nang in Vietnam were deserted. The city locked down Tuesday to contain a cluster of nearly 100 cases.

Shorn of tourism’s lifeblood, some businesses already look doomed. Many of the luxury hotels in Rome’s historic centre did not reopen in the late spring when Italy started allowing arrivals from elsewhere in the European Union and other select nations. Early in the pandemic, Italians who for years worked as dining room staff, cooks or maids at hotels instead sought farm work, picking fruits and vegetables.

On Portugal’s Algarve coast, individual catastrophes also loom for the staffs of empty hotels, bars and restaurants which are losing hope that tourists will return quickly enough to keep them afloat. In a region almost entirely reliant on tourism, the unemployment rate has already jumped 230 percent.

And in Oxford, England, tour operator Frederick Laurie is clinging to British “staycationers”, optimistically describing them as “green shoots” in an otherwise bleak year. He concedes that their numbers will never make up for the ruinous plunge in foreign visitors who once thronged the university town before the coronavirus chased them away. 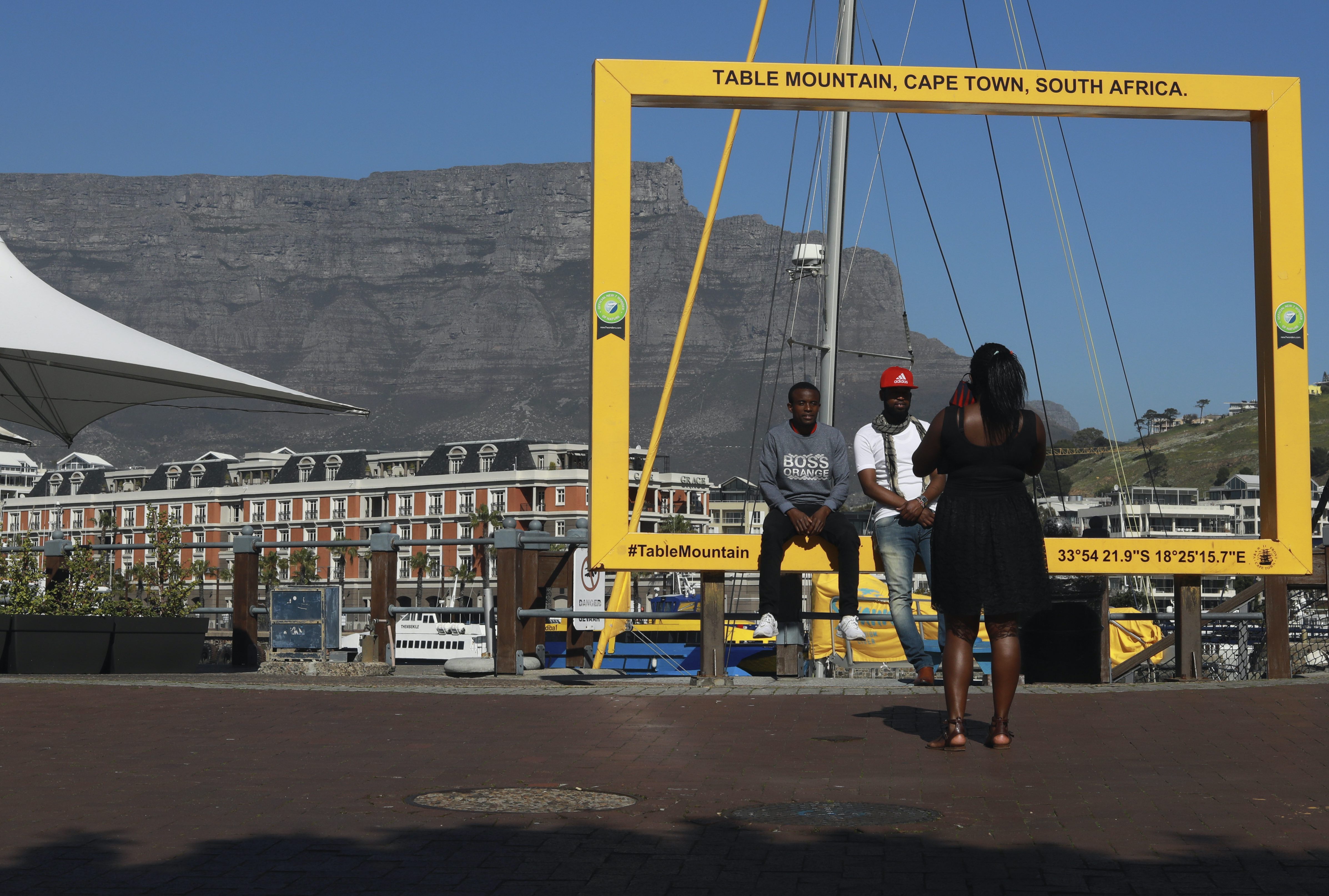 “It’s an extremely difficult time for us,” he says. His decade-old company, Footprints Tours, has seen revenues collapse by 70 percent.

Losses globally are counted in the billions. Percentage drops in visitor numbers are often double-digits. Tourism income in South Africa was down 98 percent in May compared with the same month last year, the Tourism Business Council says, and more than half a million jobs in its sector are at risk.

Governments in countries heavily reliant on tourism are trying to use bailouts to keep businesses afloat. Thailand’s cabinet this week approved projects worth more than $700m for the tourism industry. Bulgaria is offering tax breaks and job subsidies to shore up its tourism sector bracing for huge cuts in its workforce of 290,000. Hotel owners lament that they have more employees than patrons at Bulgaria’s biggest sea resort, Sunny Beach.

The bright spots are few and far between. Among them: Locals who are unable or reluctant to travel are rediscovering attractions where foreign tourists used to jostle for elbow space.

Animals have South Africa’s world-famous wildlife parks largely to themselves because of lockdown rules that barred international tourists and made it illegal for South Africans to travel between provinces for vacations. At the Kruger National Park, lions sleep undisturbed in the roads and roam around empty lodges.

At the Louvre Museum in Paris, it is now possible to calmly contemplate the works. That is a rare treat for Parisians but a nightmare for tour guides, who gathered in protest again this week, dressed in black and wearing masks, to demand more financial help. Among them was Janice Baneux, who was decidedly pessimistic for their future.

“Some people had to sell their homes, returning to their parents and waiting until next year when tourism will probably be back again,” she said. “But this year there is no hope.”

Florence Obinim Lights Up Social Media with Her Beautiful Photos

What Is the Gospel of...