In Pictures: The dancing prisoners of Burkina Faso

One man is on a mission to dance the prisoners of Bobo Dioulasso prison towards hope and social reintegration. 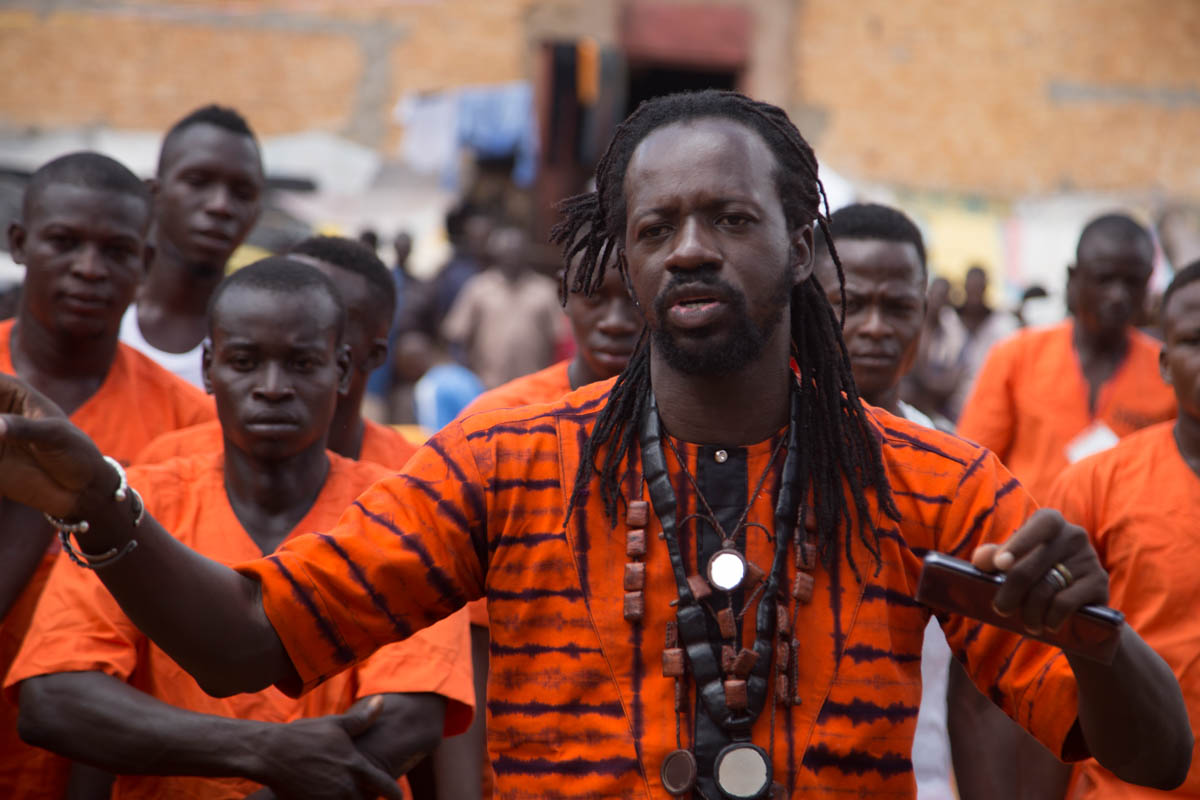 When dancer and choreographer Aguibou Bougobali Sanou (centre front) was a baby, his mother would carry him on her back, moving her body to soothe him when he cried. He believes this was when he learned to dance.

Aguibou Bougobali Sanou, or Bouba as he is commonly known, understands the healing power of dance. He has experienced it first-hand.

That is why the dancer and choreographer has taken his skills inside Burkina Faso’s overcrowded Bobo Dioulasso prison, where he is teaching a group of inmates to express their emotions, confront their pasts and embrace their futures through dance.

He wants to give them something that is often in short supply in the prison’s overcrowded cells: Hope.

Among the prisoners are men who have been accused or convicted of a range of crimes – from theft and handling stolen property to rape and murder.

Some of them have been sentenced to life in prison, the death penalty having been abolished in Burkina Faso in 2018. Others are awaiting trial, their case files lost somewhere in the country’s overwhelmed judicial system.

Both groups are held together in the prison, which is so overcrowded that some prisoners resort to sleeping in the toilets. Medical care is poor and food supplies so inadequate that many must rely upon family and friends on the outside to ensure they are properly fed.

But for a few, dance is offering the possibility of a second chance – a route to social reintegration, the skills that could stop them re-offending once they are released and even the support and acceptance of families who have, in some cases, rejected them.

In the process, these dancing prisoners become a family and learn that life does not necessarily stop at the prison gates.

Watch The Dancer Thieves: A Second Chance for Prisoners in Burkina Faso.

CPP calls for review of NHIS