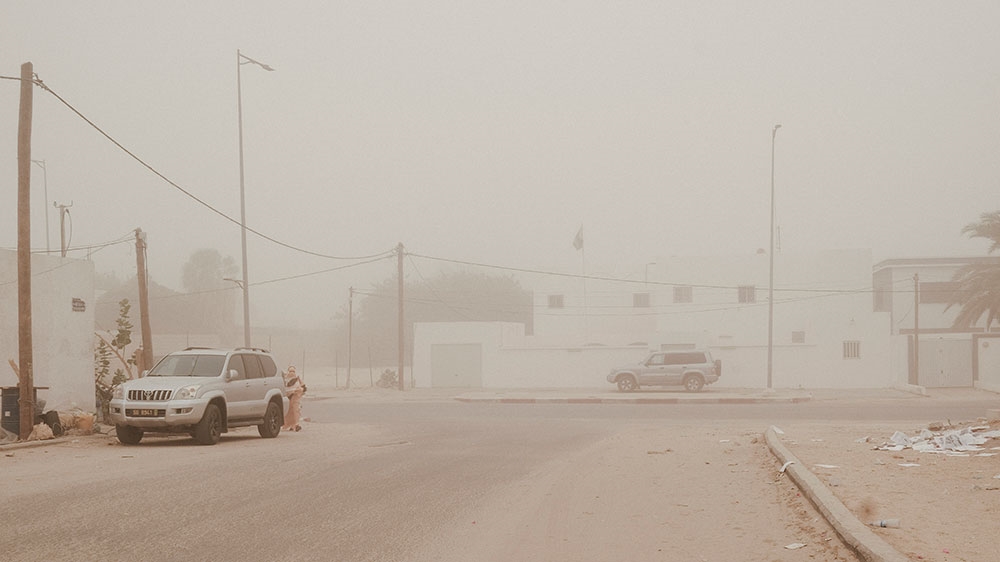 Following on from recent sandstorms in the Canaries, Mauritania and Senegal have also been shrouded in thick clouds of dust and sand, leading to orange skies by day and some spectacular sunsets.

Although dust storms are frequent in the dry season from January to April, local meteorological agencies have called these storms “exceptional phenomena, with a visibility of 300 to 400 metres”.

In some parts of the Mauritanian capital, Nouakchott, visibility was below 100 metres on Monday and Tuesday leaving many streets deserted. Few cars ventured out and even the number of street vendors was well down across the city.

Sidi Ould Mohamed Lemine, forecast director of the National Office of Meteorology, advised that “caution is required, especially when using the main highways due to the formation of small sand dunes caused by the storms.”

The Senegalese meteorological services also reported a “dense layer of dust” on Wednesday and Thursday. Conditions were expected to improve by the weekend.

The sand from the storms originates from a feature known as the Bodele Depression, which is located at the southern end of the Sahara Desert in central Chad.

Such storms occur on average approximately 100 days a year. The dry bowl that formed the depression was once part of Mega-Lake Chad. Diatoms (algae) from these long-since dried up freshwater lakes now form the surface of the depression.

The tiny grains of the diatomite are swept up by strong winds and can be carried for hundreds or even thousands of kilometres. In winter, the depression produces an average of 700,000 tonnes of dust every day.

Researchers have found more than half the dust needed for fertilizing the Amazon rainforest is provided by the Bodele Depression, depositing 50 million tonnes in South America every year.