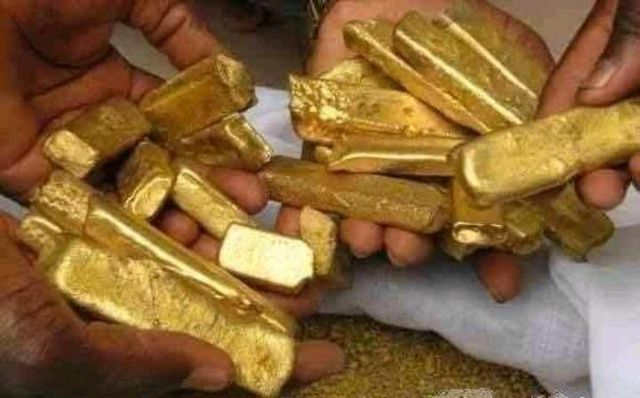 Output from large-scale gold producers is expected to rise 12.5 percent this year, in what could be a huge boost for the country’s ailing economy.

Last year, the sector produced 2.7 million ounces of gold but the Ghana Chamber of Mines, the umbrella body of large mining companies, is projecting an upturn of 3 million ounces this year.

The bullish outlook, according to its Chief Executive Officer, Sulemanu Koney, will be driven by Newmont and AngloGold Ashanti. Newmont’s Ahafo and Akyem mines, AngloGold Ashanti’s Obuasi, and Iduapriem mines are understood to be ramping up production this year.

Mr. Koney, responding to a question on the mining sector’s production outlook, however, said production in the small-scale sector remains bearish or less buoyant mainly due to the effects of the introduction of a withholding tax on gold exports a few years ago.

“Following the introduction of a 3 percent withholding tax on gold exports, the volume of gold exported by licensed gold buying companies on behalf of small-scale producers dropped significantly, from over 1 million ounces in 2020 to just over 100,000 ounces in 2021,” he explained.

Although the government halved the tax rate in the 2022 budget statement and economic policy, he believes it will take time for the sub-sector to fully recover.

For the other exported minerals such as bauxite and diamond, there are mixed fortunes. While the Chamber expects bauxite production to increase, it said that a diamond is forecasted to decline.

The expected upturn for bauxite is on the assumption that the only producer of bauxite, Ghana Bauxite Company, was recently acquired by a consortium of local firms and the new owners have announced an ambitious program to ramp up production.

Conversely, diamond is produced exclusively by artisanal miners, and the Chamber says it expects the slump in production observed in the last five years to persist as the only large-scale producer, Great Consolidated Diamond Company, is still under ‘care and maintenance.

In 2020, data from the Ghana Revenue Authority shows that the mining and quarrying sector was the leading source of direct domestic revenue. The sector’s contribution to the national fiscal purse improved from GH₵4.013 billion in 2019 to GH₵ 4.172 billion in 2020. In all, the minerals sector accounted for 48.4 percent of gross merchandise exports in 2020.

How Childhood Trauma Made Me A People Pleaser – Nancy Isime