Home / Blog / Education / Coronavirus: Is the lockdown making you tired? Here is why
EducationEntertainment

Coronavirus: Is the lockdown making you tired? Here is why

Not going outside and changes to our routines are wreaking havoc with our sleeping patterns, an expert explains. 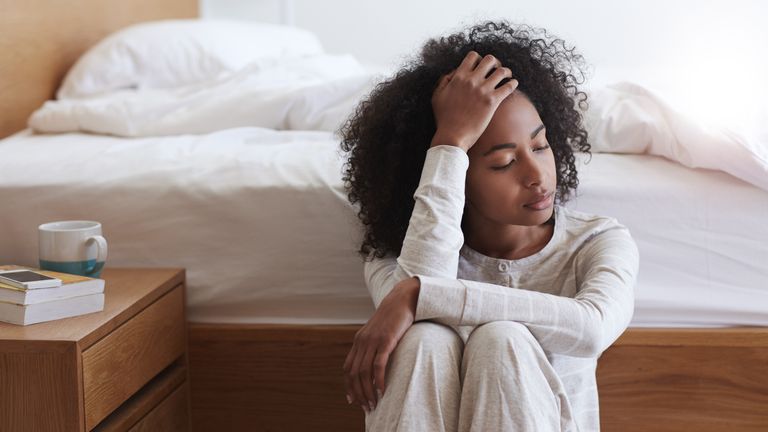 Since lockdown began, Kameron McIntyre has been plagued with feeling exhausted and having stark, vivid dreams.

“I get this feeling that I haven’t even slept. I feel like I’ve gone through something turbulent mentally,” the 27-year-old explains.

Mr McIntyre, who lives in London but is from Ireland, has been furloughed from his job at a skincare brand. His dreams, problems with feeling tired and uncertainty around his job are contributing to his anxiety and depression.

“Some of the dreams I’ve been having recently are very vivid… I had a dream all my relatives died and I think my big concern about that is that I’m stuck over here.”

He is not alone.

For the majority of Britons, day-to-day life now sees people stay at home, indoors for most if not all of the day. Having no commute to work means extra time in bed and no pubs open means there are fewer reasons to stay out late.

Despite this, many people are reporting they are finding it harder to wake up in the morning, feeling fatigued during the day and when they do get to sleep at night, are experiencing strange and vivid dreams.

Professor Colin A Espie, Professor of Sleep Medicine at Oxford University, explains that the changes to our lives as a result of the lockdown measures are impacting our 24-hour sleep-wake cycles, known as circadian rhythms.

“There’s lots of talk about staying well in the day by staying home and looking after yourself, but it’s also important to stay well during the night time.”

He adds: “Sleep is central to our lives and because it happens automatically we take it for granted. Now we are in one place [most of the day] it is easy for sleep and wakefulness to merge.”

This, he says, amounts to a “dampening” of our circadian rhythms and can make people feel fatigued during the day and feel unusually groggy in the morning.

The role of natural outside light is important in how a person’s sleep cycle functions with receptors in our eyes reacting most strongly to white light from the sun.

Professor Espie explained: “We use daylight as a thing that trains our 24-hour body clock.

“People are getting less daylight and not getting up as early. That loss of light and change of habit allows the body clock to drift and can lead to a sense of malaise.

“It’s important to maintain a routine and to get daylight. This means get up at your usual time, unless it was very early, getting dressed and so on.

“This helps keep the rhythm, and if you do your exercise outside, do it early in the day to make the most of the outside light early on.”

Professor Espie suggested a series of tips to improve a person’s sleep cycle:

Avoiding sleeping outside of your usual routine is also important.

“It’s easy to eat more than you need but it’s hard to sleep more than you need. By sleeping outside of normal times, a person’s sleep pattern will fragment and make it harder, with sleep often becoming lighter,” Professor Espie explains.

People feeling sleepy may yawn or involuntarily fall asleep, and should consider a rest or short nap.

But a person feeling fatigue (general tiredness, a low mood, a lack of energy) would be better suited to doing an activity rather than trying to sleep, following a daily routine and getting enough daylight.

Sleeping out of turn from fatigue can make it harder to sleep at night, which can fuel the anxiety and stress many are already experiencing during this pandemic.