Winner of TV3’s Talented Kidz season 10, Nakeeyat Sam Dramani, has been given a two-year ambassadorial appointment by the government of Ghana. 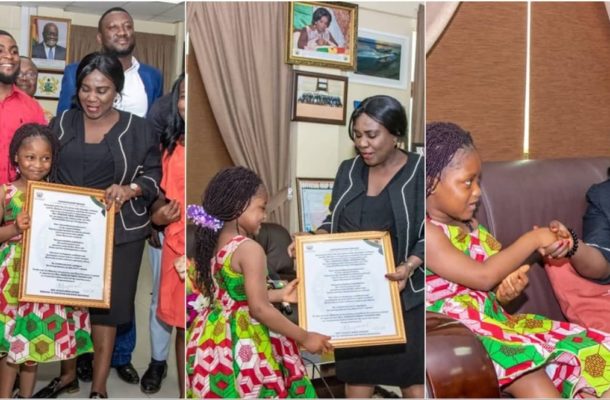 The government of Ghana, has appointed winner of TV3’s Talented Kidz season 10, Nakeeyat Sam Dramani, as an ambassador for sanitation for a 2-year period.

The seven-year-old poet took home the prestigious “Talented Kidz” title two weeks ago and has since garnered a lot of attention to herself.

Prior to attaining this feat, C.E.O of Rig World, Kofi Amoa-Abban gave Nakeeyat a full scholarship to see her through her entire education.

Nakeeyat was appointed by the Minister of Sanitation and Water Resources, Cecilia Abena Dapaah, as an ambassador for sanitation on Tuesday, June 11, 2019.

She was also presented with a citation for championing a positive cause and urging authorities to take action to rid the environment of plastic waste.

The two-year ambassadorial role will have Nakeeyat advocate on the need to protect the environment.

How to Strengthen Your Child’s...