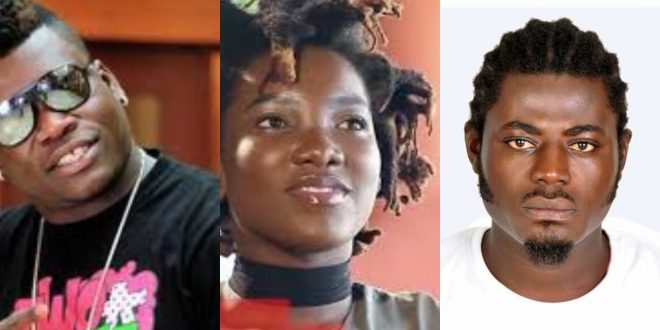 Ghana has lost lots of its popular and talented celebrated who touched the souls of Ghanaians with their craft.

below are popular Ghanaian celebrities who died before the age of 40 and whose death came as a shocking to Ghanaians.

CASTRO: born Theophilus Tagoe but widely known as Castro was a Ghanaian music legend whose songs touched the souls of many Ghanaians. Castro died in a tragic incident at the Ada Estuary on 6th July 2014 with Asamoah Gyan. Castro disappeared that day at the age of 38 as his body was not even found.

EBONY REIGNS: born Priscilla Opoku Agyeman but widely known as Ebony Reigns was also a popular and talented Ghanaian Afro-Pop singer whose death shocking hit Ghanaians on the 8th of February 2018 in a tragic accident. Ebony died at the age of 20.

Suzzy Williams: Suzzy was also a very talented and beautiful Ghanaian actress who died in a tragic accident on 8 September 2005. she died at the age of 23.

Abass Nurudeen: Abass was also an actor who was murdered in his own house by some gangs of friends. he died on 7 November 2019 at the age of 35.

Terry Bonchaka: born Terry Nii Okang Mensah Adjetey was a Ghanaian highlife legend who died in a tragic accident at Legon-Madina road on 29 October 2003 at the age of 21.

US election 2020: The war hero who could be Biden's running mate

What Is the Gospel of...