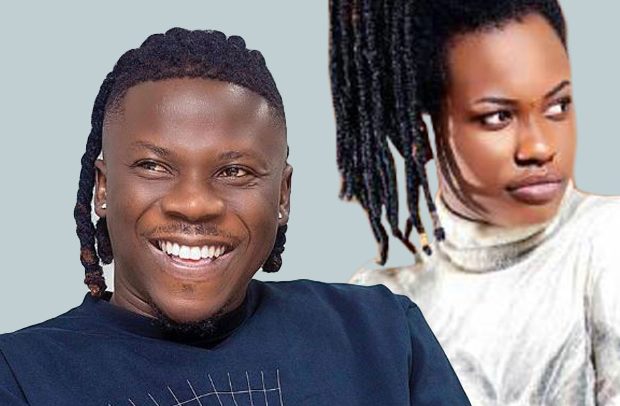 Popular dancehall artiste and songwriter Livingstone Etse Satekla aka Stonebwoy, who is also the Chief Executive Officer of  Burniton Music Group, has revealed that female dancehall artiste Okailey Verse also known as OV is no longer a member of his record label.

Addressing the media at a press conference held at the Golden Tulip Hotel in Accra on Friday, the dancehall artistes explained that the decision to terminate OV’s contract was part of structural amendments that were made at Burniton Music Group.

OV, who is credited with hit songs such as ‘Kambu’ and ‘Ma mind Dey’ which featured Epixode and Serallio, is the second artiste to leave the Burniton record label after Kelvynbwoy.

The Bhimnation boss groomed Kelvynboy before his rise to fame and later  kicked him out of the label for reasons best known to both parties.

Stonebwoy indicated that the doors of his record label would always be open to OV whenever she needed assistance.

He also revealed that his former manager Blakk Cedi had not done anything for him since the latter was announced as his agent, adding that currently he does not have a working relationship with him.

Speaking about signing on artistes, Stonebwoy said he would have to be careful who he signs on.

“I have to be careful who I sign, the disrespect is too much. I want to congratulate Lynx Entertainment for their efforts in signing artistes and doing so well,” he indicated.

Stonebwoy, however, said his plans for this year included a North American tour, the opening of his Bhim Shop and an album release.

The ‘Baafira’ hit maker revealed plans of having collaboration with his colleague Shatta Wale very soon.

Reacting to the ban placed on him and Shatta Wale, Stonebwoy hinted that he wanted his ban from the Vodafone Ghana Music Awards (VGMA) to be extended since “it has not affected me in any way but it is all good for the music industry.”

Beyond thirst: Inside Zimbabwe's water crisis