January will see the return of Woodsboro’s biggest menace, a king’s quest to capture a mermaid, a new version of a literary classic, and the introduction of a vampire from Marvel Comics. Although the coronavirus pandemic continues, cinemas all over the world continue to be open and working, and studios keep on releasing all those movies that had to be delayed due to the pandemic. However, studios are still teaming up with streaming platforms to either send some of their movies there, release them simultaneously in theaters and streaming, or reduce the window between both releases, and that will continue to be the case in January. 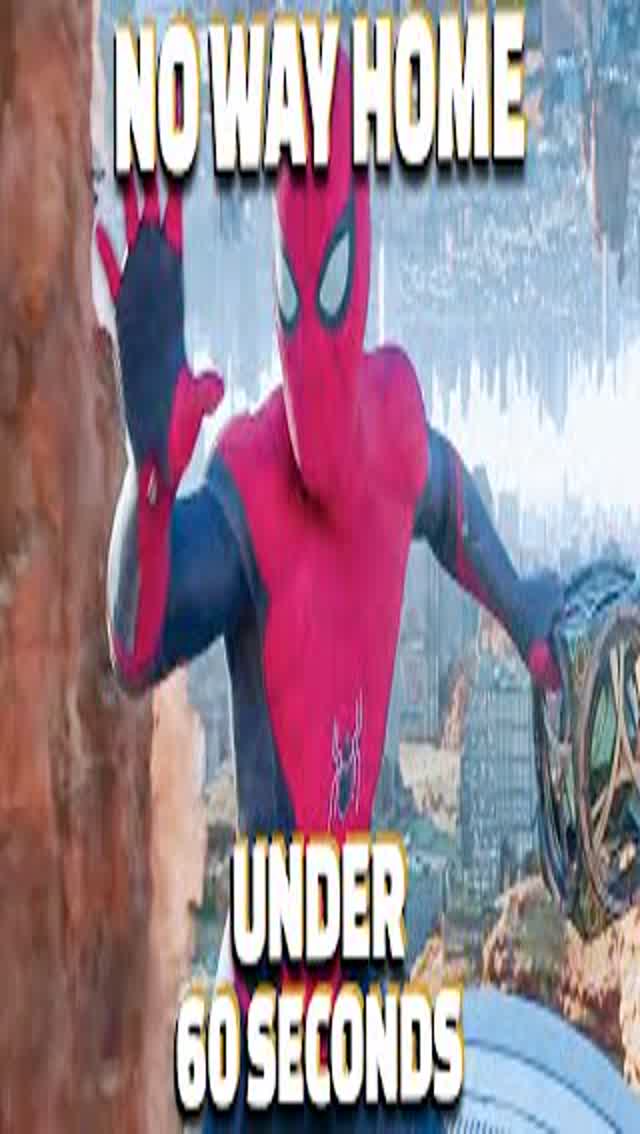 December welcomed some of 2021’s biggest releases, such as Being the Ricardos, West Side Story, Spider-Man: No Way Home, Guillermo del Toro’s Nightmare Alley, Maggie Gyllenhaal’s The Lost Daughter, Sing 2, The Matrix Resurrections, The King’s Man, Joel Coen’s The Tragedy of Macbeth, and Paul Thomas Anderson’s Licorice Pizza, among many others. Many of December’s releases are now available to stream on different platforms, such as Encounter and Being the Ricardos on Amazon Prime Video, The Lost Daughter on Netflix, The Matrix Resurrections on HBO Max, and The Tragedy of Lady Macbeth will be available on Apple TV+ on January 14.

January won’t see as many theatrical releases as in past months, but it will still have some exciting titles to share with the audience, such as Sidney Prescott’s return to Woodsboro, a new adaptation of Cyrano de Bergerac, and the introduction of Dr. Michael Morbius to the superhero world. Here’s every movie coming to theaters in January 2022.

The 355 is an action spy movie directed by Simon Kinberg. It follows Mason “Mace” Brown (Jessica Chastain), a CIA agent who teams up with other international agents to recover a top-secret weapon that fell into mercenary hands. Mace joins forces with rival German agent Marie (Diane Kruger), former MI6 ally and cutting-edge computer specialist Khadijah (Lupita Nyong’o), and skilled Colombian psychologist Graciela (Penélope Cruz) on a lethal breakneck mission to retrieve it, while also staying one step ahead of a mysterious woman named Lin Mi Sheng (Bingbing Fan), who is tracking their moves. As the action takes them around the globe, the four women will forge tenuous loyalty that could either protect the world or get them killed. Also starring are Sebastian Stan and Édgar Ramírez. The 355 will be available to stream on Peacock 45 days after its theatrical release.

American Siege is an action-thriller movie written and directed by Edward Drake. Washed-up Sheriff Ben Watts (Bruce Willis) guards the secrets of the wealthy residents of a small Georgia town, but when three outlaws take a prominent town doctor hostage in search of a missing woman, Sheriff Watts is called in to handle the situation before the FBI arrives. In a race against time, mayor Charles Routledge (Timothy V. Murphy) pressures Watts to launch an assault on the hostage-takers and eliminate all witnesses. When Watts realizes he may be a pawn in a larger scheme, he must carve a bloody warpath to expose the truth behind the town’s dark secrets. Also starring are Johan Urb, Anna Hindman, and Johnny Messner.

The Scream franchise is back with a fifth movie. Directed by Matt Bettinelli-Olpin and Tyler Gillett, Scream is set 25 years after Ghostface’s initial murder spree in Woodsboro, and now a new killer with the Ghostface mask is terrorizing town. The killer targets a new group of teenagers and resurrects secrets from the town’s deadly past, leading the survivors of the past massacres – Sidney Prescott (Neve Campbell), Gale Weathers (Courteney Cox), and Dewey Riley (David Arquette) – to return to Woodsboro to solve this new mystery and save the killer’s new targets. Also starring are Melissa Barrera, Jack Quaid, Mason Gooding, Jenna Ortega, Marley Shelton, Dylan Minnette, Jasmin Savoy Brown, and Mikey Madison.

Shattered is a thriller movie directed by Luis Prieto. It follows divorcee Chris Decker (Cameron Monaghan), who lives in a high-tech house of his own design in Montana, which protects him physically and emotionally from the outside world. One day he meets Sky (lilly Krug), a mysterious woman who takes him out of his shell and moves in with him after Chris is injured in a mugging. However, when her true intentions are revealed, Chris becomes a prisoner in his own home, and his ex-wife (Sasha Luss) and daughter (Ridely Asha Bateman) will be key to his escape.

The King’s Daughter is an action-adventure fantasy movie directed by Sean McNamara and based on the 1997 novel The Moon and the Sun by Vonda N. McIntyre. King Louis XIV’s (Pierce Brosnan) quest for immortality leads him to capture and steal a mermaid’s (Fan Bingbing) life force, a plan that is further complicated by his illegitimate daughter, Marie-Josèphe (Kaya Scodelario), discovering the creature. Also starring are Benjamin Walker, William Hurt, Rachel Griffiths, Ben Lloyd-Hughes, and Paul Ireland.

Cyrano is a musical romantic drama directed by Joe Wright and based on Erica Schmidt’s 2018 stage musical of the same name and Edmond Rostand’s 1897 play Cyrano de Bergerac. A man ahead of his time, Cyrano de Bergerac dazzles whether with ferocious wordplay at a verbal joust or with brilliant swordplay in a duel – but convinced that his appearance renders him unworthy of the love of a devoted friend, the luminous Roxanne (Haley Bennett), Cyrano has yet to declare his feelings for her while Roxanne has fallen in love at first sight with Christian (Kelvin Harrison Jr.).

The Tiger Rising is a drama movie written and directed by Ray Giarratana and based on the 2001 book of the same name by Kate DiCamillo. Starting a new life in rural Florida at the Kentucky Star Motel, 10-year-old Rob Horton (Christian Convery) lets his imagination run wild, a contrast to his sad reality of a bullied boy who just lost his mother. One day, his reality is met with something more whimsical than his own mind can ever desire: a full-grown Bengal tiger, hidden in the woods and held captive by the mean-spirited motel owner, Beauchamp (Dennis Quaid). With the help of a wise and mysterious maid, Willie May (Queen Latifah), and the stubborn new girl in school, Sistine (Madalen Mills), Rob must decide if to set the tiger free and in turn uncage his emotional grief.

WarHunt is an action horror thriller directed by Mauro Borrelli. Set in 1945, a US military cargo plane loses control and violently crashes behind enemy lines in the middle of the German black forest. Immediately, ruthless Major Johnson (Mickey Rourke) sends a squad of his bravest soldiers on a rescue mission to retrieve the top-secret material the plane was carrying. Led by Sergeant Brewer (Robert Knepper) and Walsh (Jackson Rathbone), the soldiers venture deep into the forest near the crash site, but they soon discover hanged Nazi soldiers and other dead bodies bearing ancient, magical symbols. Suddenly, their compasses fail, their perceptions twist, and straying from the group leads to profound horror as they are attacked by a powerful, supernatural force.

Redeeming Love is a Western drama directed by D.J. Caruso and based on Francine Rivers’ 1991 novel of the same name. A retelling of the biblical book of Hosea against the backdrop of the California Gold Rush of 1850, Redeeming Love tells the story of Angel (Abigail Cowen), who was sold into prostitution as a child and has survived through hatred and self-loathing. When she meets Michael Hosea (Tom Lewis), she discovers there is no brokenness that love can’t heal. Also starring are Logan Marshall-Green, Famke Janssen, Eric Dane, and Nina Dobrev.

Morbius is a superhero movie directed by Daniel Espinosa and part of Sony’s Spider-Man Universe. It tells the story of Dr. Michael Morbius (Jared Leto), a man suffering from a rare blood disease. In his search for a cure, Morbius tries a dangerous treatment that ends up afflicting him with a form of vampirism, giving him superhuman abilities but none of the superstitious weaknesses associated with vampires. Also starring are Matt Smith as Loxias Crown, Adrian Arjona as Martine Bancroft, Jared Harris as Emil Mikols, Tyrese Gibson as Simon Stroud, and Michael Keaton as Adrian Toomes/Vulture, his character from the Marvel Cinematic Universe.

nextMzvee Flaunts Her Brand New Car Which Costs Nothing Less Than Ghc100,000