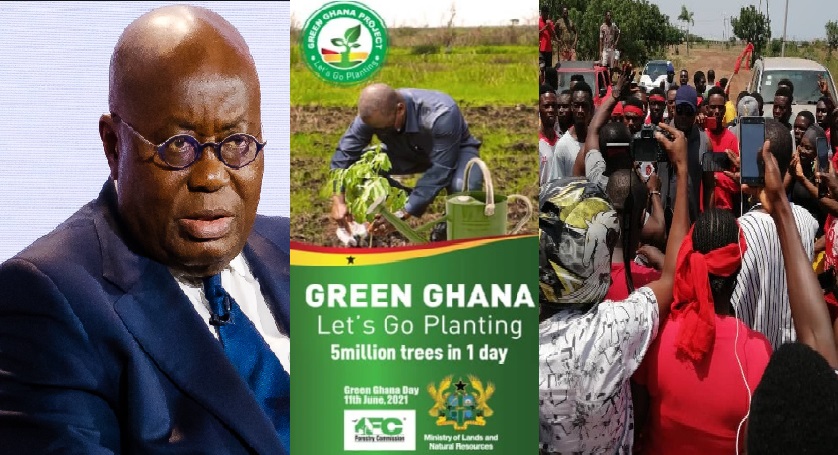 The government through the Ministry of Lands and Natural Resources embarked on a tree planting exercise and called for the support of all individuals and groups with the aim of planting 5 million trees nationwide. Many groups and individuals participated in the exercise. A lot of concerns have been raised by many after the exercise especially when the amount needed for the tree planting exercise was revealed.

Many believe the amount allocated for the tree planting exercise that was stated in a letter from the Ministry of Lands and Natural Resources was very high (GH¢ 125 million) and this could have been spent in another sector of Ghana’s economy.

Recent to add their voice to the various concerns raised is the group, “Backbone of Good Governance”. The group in a press release titled, “The President Has Failed In His Quest To Protect The Public Purse”, raised some concerns in relation to the amount that was allocated to be spent on the Green Ghana Project (tree planting exercise).

In the press release, the group said though the aim of the project to solve the problem of deforestation or to improve the number of trees in the country is a step in the right direction, they believe that the money could have been spent on something that was necessary and needed more attention at the moment. The group highlighted areas such as the country’s healthcare delivery system and another government policy that could have benefited from the amount allocated for the tree planting exercise.

The group used the opportunity to call for investigation of the COVID-19 vaccine saga by the CID of the Ghana Police Service and bring perpetrators to book in order to deter others.

Check below for the press release of the group: If a married man is foolish enough to ask you out, be wise enough to decline-Victoria Lebene