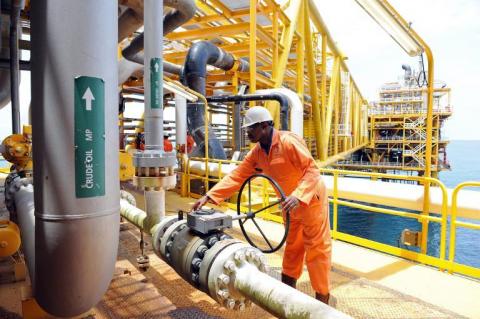 The move, he said, would not only complement the role of the regulators, but would embolden them to take disciplinary actions against offending industry players based on industry recommendations

Mr Cudjoe said this at the launch of the 2019 National Petroleum Safety Campaign, in Accra, on Tuesday.

The launch, which was held under the theme: “People Safety First”, attracted key stakeholders in the petroleum downstream sector, including regulators, oil marketing companies and petroleum consumers.

The campaign culminated in the signing of a Safety Declaration Placard by industry players to commit observance of safety operations.

The Deputy Minister said the industry could not exist efficiently without adherence to safety protocols; hence the national petroleum safety campaign was launched last year by the Regulator to drum home the need to collectively exercise responsibility in ensuring safety standards.

He said in order to sustain the practice; the safety campaign was being sustained this year, to raise awareness of the collective responsibility placed on all key stakeholders to ensure the safety of consumers and the public.

The Deputy Minister reminded industry players about the recent petroleum related explosions in Kumasi and Atomic Junction in Accra, which claimed scores of lives and destroyed properties worth thousands of Ghana cedis, saying; “a safety conscious sector gave the consumer confidence, thereby driving growth and efficiency”.

Mr Cudjoe said that the public has become impatient with Government and regulators over repeated incidents of explosions and would not accept any excuses.

Therefore, it has placed greater responsibility on government and industry players to act decisively to strengthen regulatory standards and enforce the standards.

He said the downstream sector operated at the very end of the petroleum value chain coupled with the proximity to human populations that affected their health and safety; therefore it is prudent to improve safety standards and be more responsible.

Mr Cudjoe expressed appreciation to the Management of the National Petroleum Authority under the leadership of Mr Alhassan Tampuli for ensuring that industry players under his watch adhered to safety procedures, saying this is important towards ensuring the effective performance of the downstream sector.

“I would also like to caution the public to be sensitive to their surroundings; and be bold to resist the temptation of patronizing services of stations that expose them to extreme danger.

“In most cases, the consuming public and other users of land often disregard safety warnings and operate near facilities or building structures closer to such petroleum installations.

“They then turn around to request the National Petroleum Authority to close down the installations. This is not acceptable,” Mr Cudjoe said.

To that end, the Deputy Minister called on Land Use and Spatial Planning Authority and the Metropolitan, Municipal and District Assemblies that plan communities and issuance of building permits, to take cognizance of the danger such facilities pose to the public and ensure that the safety of people in their jurisdictions become their utmost responsibility.

previousJackie Appiah, Yvonne Nelson, and Okoro to reunite in a movie after 9 years