Home / Blog / Education / He Wants To Insert Herbs Into My Wife’s You Know What And She Disagree. Will This...
Education

He Wants To Insert Herbs Into My Wife’s You Know What And She Disagree. Will This Lead To Her Infidelity? 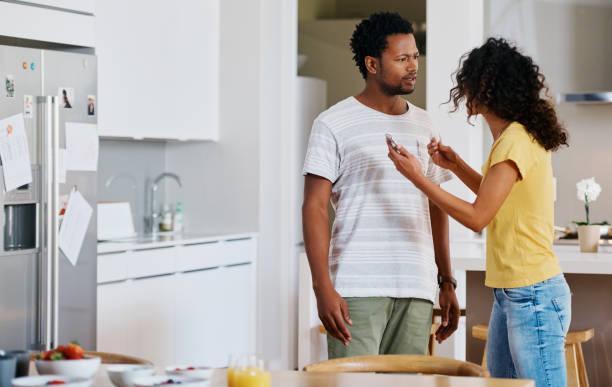 He needs your advice, please…

We have been married for about 15 years now with two kids but we want to have at least one or two more, but for the past 5years my wife stopped menstruating even though she is still young she is 37 while I’m 40. we have been going from one test to the other and all certified her, okay, then we decided to try herbal, someone directed us to a herbal doctor that is equally running a gospel ministry as a pastor. the first month of talking herbs from him my wife saw her monthly circle flowing normally but got stopped again after the first month and never saw it again.

This man hardly picks calls due to his busy schedules because he has many patients who have equally turned to members of his ministry except my wife and me because I have been going there with my wife all through. Yesterday my wife forgot her phone in my office while going to work, and her phone started ringing repeatedly, I saw that it was this Dr/pastor that was called I was surprised since he doesn’t normally pick people’s call not to talk of calling them I didn’t pick the call, I rather called someone who gave her phone to my wife and told her that her doctor is calling non-stop, and she said I should pick it, but I didn’t, I rather drove to her office when I was on break and gave her the phone and asked her to call him immediately let’s know if there is any problem?

To my surprise my wife said she will call him later, I asked why and she said that I can’t understand, I just looked at her and left, when she came back from work I now asked her if she has called the man back and she agreed and I now asked what’s the problem and she said that she has been having issues with the man, that he said she have not started to see her period, because she refused him from inserting a herbal leave that he claims will make her menstruate and eventually get pregnant into her private part, that she can not insert on her own or her husband inserting it, that he is the only person that will do it and it will work.

I asked my wife why she refused, and she said that she can not intentionally remove her clothes to another man to insert a hand into her, that other hospitals that she went to do send female nurses or female Drs. We really need child/children but how do I tell my wife to go and undress another man, if she didn’t tell me I wouldn’t have a problem but now that I know, what do I do? if I force/encourage her to do it, what will be the outcome? Is it not me that is encouraging her into infidelity? will he insert the only herb? Please help.

This Striking Liberian Model, Victoria Togoe Deserves To Be A Super Model Already!

How My Wife Disappeared During Our Wedding