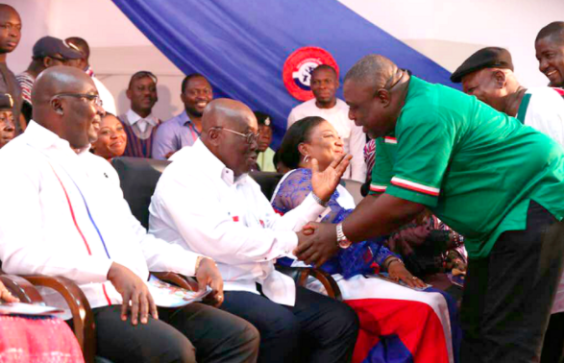 Koku Anyidoho has lauded President Akufo Addo’s prowess as a leader and has compared him to the Persian King named Cyrus the Great.

The former Presidential aide who doubles as the founder of the Atta Mills Institute has commended Akufo Addo’s regard for his predecessors and as such his great example as a leader.

In a tweet, he applauded the ruling President’s decision to name the University of Development Studies after the late former President Rawlings as well as the reconstruction and renaming of the Asomdwee park in honour of the late Atta Mills.

Koku Anyidoho, who is an admirer of Akufo Addo, hailed him for his respect for his forerunners comparing him to the Persian King who founded the first-ever Persian empire called the Achaemenian empire.

”President Akufo-Addo is cutting a solid image for himself as a Leader who is honouring his late predecessors: UDS is being re-named after Prez Rawlings, & the Asomdwee Park is being built in memory of the late Prez Atta-Mills. I doff my hat to Prez Akufo-Addo; Cyrus The Great,” he tweeted.

In a shot that spoke volumes about Ghana’s matured democracy, these two leaders have been applauded for putting Ghana first.