Home / Blog / Entertainment / If holding on to this grudge means I’ll go to hell, let me go – Lyta’s baby...
Entertainment

If holding on to this grudge means I’ll go to hell, let me go – Lyta’s baby mama, Kemi drags him again

Lyta’s baby mama, Kemi Ayorinde is back at dragging him again after calling him out yesterday July 19, over a phone conversation they had.

Kemi who fired back at those criticizing her for saying she will hold on to the grudge she has against the singer forever stated that she doesn’t mind going to hell for it. She also described those making such comments as “assistant Jesus”. 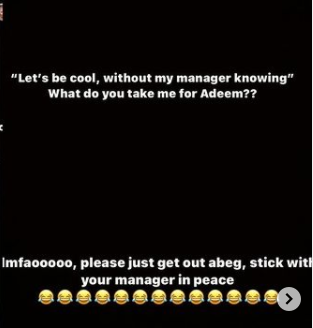 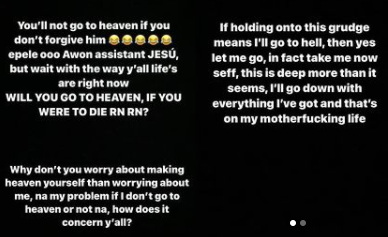 Kemi also told Lyta to go take care of his other child as their son, Aari doesn’t belong to him or bear his surname. She further expressed gratitude for not living in Nigeria, claiming that all she has faced would have made her commit suicide. 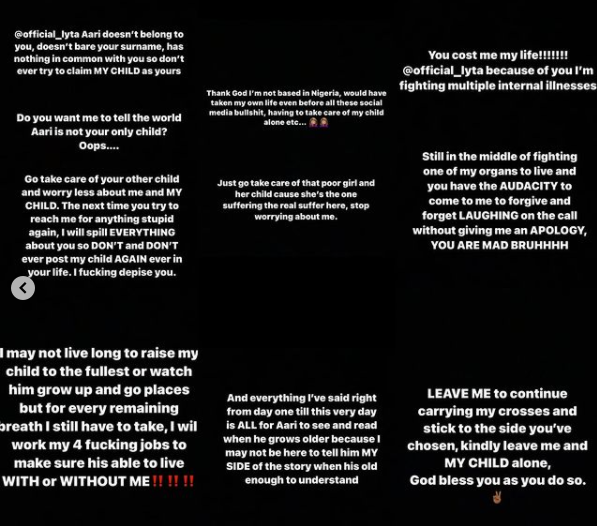