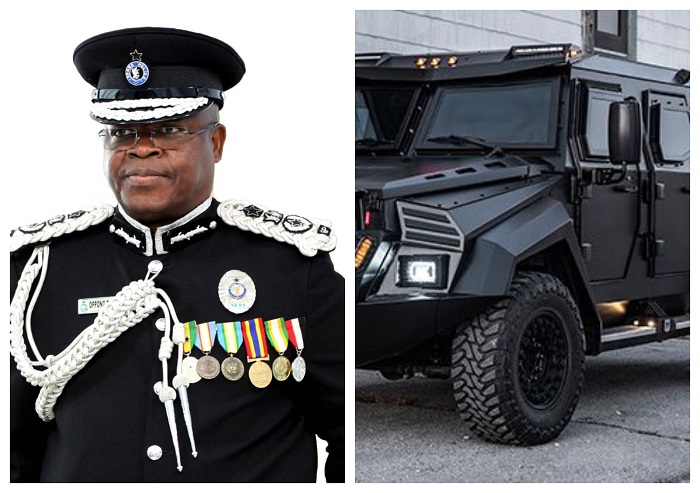 A retired police chief, Peter Toobu, has dispelled the credibility of a threat by the Inspector-General of Police (IGP) to stop providing a police escort for cash transits unless banks provide fortified armoured vehicles.

According to Superintend Peter Toobu (retired), the IGP, James Oppong-Boanuh, should have ordered an immediate withdrawal of all police personnel scheduled to escort cash transits following the brutal murder of a policeman during a robbery attack on a vehicle loaded with cash yesterday, June 14, 2021.

Lance Corporal Emmanuel Osei was shot in the head in broad daylight at Adedenkpo, a suburb of James Town in Accra, by armed robbers while providing a police escort for the vehicle loaded with an unspecified amount of cash.

According to eye-witnesses, the robbers made away with a safe that was at the back of the vehicle on a motorbike. A bystander, a 40-year-old mother of three, was also killed by the robbers because she was close to the incident.

Following the incident, the police issued a statement urging the public to provide information that will lead to the arrest of the perpetrators and also gave an end-of-June deadline for all banks to provide armoured bullion vans for cash transits.

The vehicle that was being used to transport the cash when yesterday’s incident happened – and what banks usually use – is a pickup truck retrofitted with a covered bucket and locked with a padlock.

Commenting on the incident on Tuesday, June 15, 2021, on Citi FM, Supt. Toobu (rtd), currently the MP for Wa West in the Upper West Region, said the ultimatum given to the banks by the IGP will not work.

“But the IGP saying that they should still be using these makeshift vehicles that we now call bullion vans by the end of June is a statement that he cannot stand for, it’s a statement that will expose him,” he said.

According to him, even by December 2021, banks will still be using makeshift vehicles for transporting huge amounts of cash, suggesting that this is not the first time such an ultimatum has been given to the banks.

“They [banks] will not have enough bullion vans to operate at all these places, so it is not a statement to make at all. Well, don’t take that statement [by the IGP] seriously,” he said.

According to him, attacks on vans transporting huge cash persist because there is a “complete breakdown in communication between the police and the Bank of Ghana.”

He cited different dates provided by both the police and BoG for an end in the use of makeshift vehicles to transport huge cash as an example of the breakdown in communication.

While the police have set a July 2021 date, the BoG last year set a 2023 date for all banks to adopt the use of fortified armoured vehicles to cart huge sums of money.