The speaker of Iran’s parliament has said Tehran is open to the idea of starting a dialogue with regional rival Saudi Arabia.

Ali Larijani made the comments in an exclusive interview with Al Jazeera that aired on Tuesday, days after Saudi Crown Prince Mohammed bin Salman (MBS) told CBS he would prefer a peaceful resolution with Iran in settling regional security disputes, as opposed to military conflict.

“Iran is open to starting a dialogue with Saudi Arabia and other countries in the region,” Larijani said in Tehran.

“An Iranian-Saudi dialogue could solve many of the region’s security and political problems.”

Al Jazeera’s Assed Baig, reporting from the Iranian capital, said the talks would be seen as a victory in the country.

“They will see that Iran’s military strategy is working, that Iran is seen as a strong military power and countries that may not necessarily be friends with Iran favour dialogue over military conflict,” he said.

Larijani also said that Saudi Arabia does not need to rely or depend on its main ally, the United States.

“Riyadh can submit its proposals to be discussed at the Iranian-Saudi dialogue table without pre-conditions from our side,” Larijani said.

“We also welcome what has been quoted that Prince Mohammed bin Salman wants dialogue, as perhaps it is good to know Saudi Arabia is thinking of the region’s interests first,” he added, referring to the crown prince’s comments made in the interview with the CBS 60 Minutes programme that aired on Sunday.

Prince Mohammed pointed out that crude prices could spike to “unimaginably high numbers” in case of armed conflict.

Days after visiting Saudi Arabia where he held talks with King Salman, Iraqi Prime Minister Adel Abdul Mahdi said it was in everybody’s interest to prevent further war in the region.

In an interview with Al Jazeera, which was aired on Monday, Abdul Mahdi said: “Nobody possesses the weapons necessary to deal their adversary a fatal blow. Chaos and destruction will hit the region in its entirety.”

Abdul Mahdi emphasised the importance of resolving the long-running conflict in Yemen as a prelude to achieving regional peace.

On his part, Larijani said that Iran has called on Yemen’s Houthi rebels to accept any ceasefire agreement with Saudi Arabia, adding that this would also be in the interest of Riyadh.

The Houthis have been locked in a war with a military coalition led by Saudi Arabia and the United Arab Emirates (UAE) since 2015.

The tension between long-time foes Saudi Arabia and Iran flared up recently following a Houthi-claimed attack on two key oil facilities in the kingdom’s east.

The US, European powers and Saudi Arabia blamed the attack on Iran, which denied any involvement. 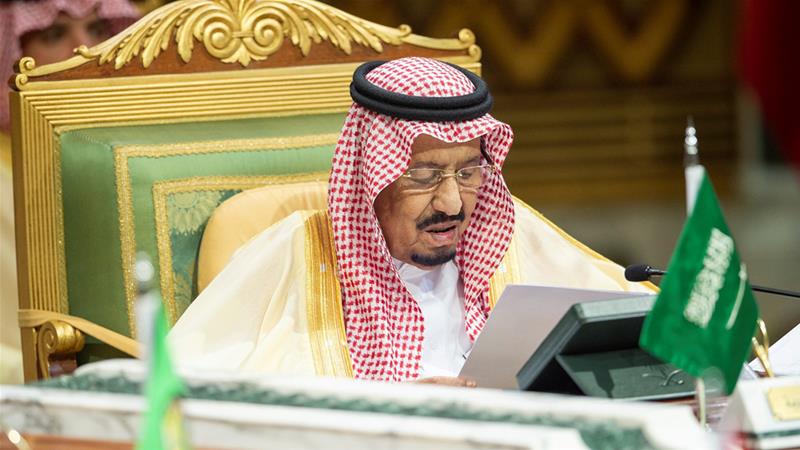 Does Saudi Arabia have support to face Iran?

previousInsults becoming too much in local movies – Actor 'Efo'

nextWendy Shay And Fantana Snub Each Other At Event