Since the election is fast approaching, many celebs will be used as public faces for political parties. Celebs like Agya Koo, Obour ans Socrate Sarfo have already declared their support for the New Patriotic Party.

Adding to the list is Actor, Prince David Osei has praised the sitting President of Ghana, Nana Akufo Addo for his amazing works and developments in the country.

In an Instagram live video, the celebrated actor said he wants the youths who look up to him to make the right choices and has therefore advised them to vote for the NPP and its leader, Nana Addo because they have done better in their turn in office.

He listed Free SHS, Free water and subsidized electricity, digitization of the economy, among other things that the Government has done which are benefiting us all as reasons why they should be voted for again. 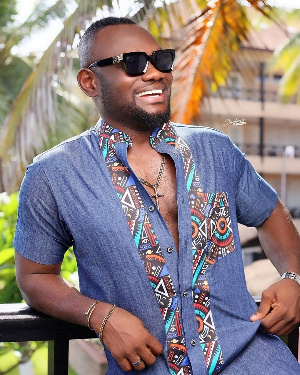 He said comparing Nana Addo’s works in his first term and that of John Mahama’s, he thinks Nana Addo deserves a second chance.

The 37-year-old actor told his 1 Million fans on Instagram that during the COVID pandemic, Nana Addo managed the economy better than even the US president.

“When COVID came, people thought things would go bad but everything is fine”, he said.

He went ahead to say that even the US couldn’t provide free water and electricity as Nana has done.

Watch the video below:

Supreme Court will operate in Twi under my government - Akua Donkor