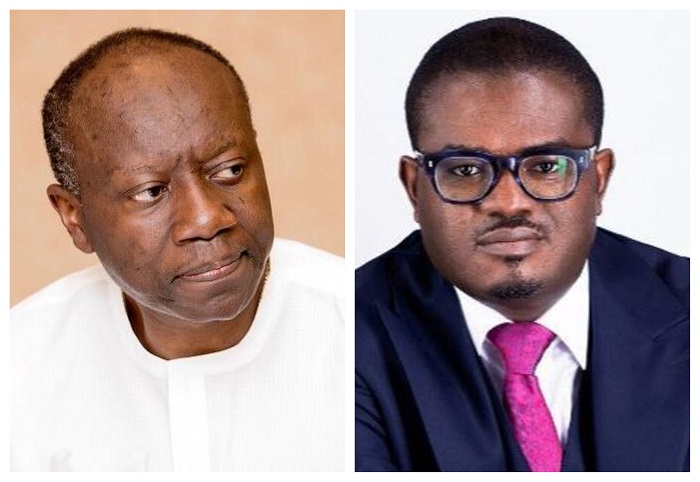 Former Special Prosecutor, Martin Amidu, has singled out two prominent members of President Nana Akufo-Addo’s administration as most guilty of corruption in the controversial Agyapa deal.

Mr. Amidu called Finance Minister, Ken Ofori-Atta, and his deputy, Charles Adu-Boahen, who is on his way to be appointed as the Minister of State at the Finance Ministry, the “prime corruption suspects” of the botched deal in his latest article.

The article, released on Wednesday, June 16, 2021, is characteristic of the former Special Prosecutor’s continued taunts of the current government for alleged deep-seated corruption since his resignation from public office.

In the latest article, Mr. Amidu claims a directive by President Akufo-Addo to the Minister for Finance to take a number of steps in connection with the Agyapa transaction, following a corruption risk assessment report he authored, was an attempt to further up suspected corruption offenses exposed by the analysis.

“The President and his Agyapa Royalties Transactions political collaborators have since been in the damage control mode in their determination to render at naught the suspected corruption offenses disclosed by the analysis and assessments contained in the Agyapa Transactions report.

“The foregoing is more than sufficient evidence to show that the so-called usurpation of the corruption prevention and investigatory powers of the independent Special Prosecutor in the discharge of his functions was the only reason for the illegal directive to the prime corruption suspects, the Minister of Finance, Hon. Ken Ofori-Atta, and his Deputy, Hon. Charles Adu Boahene, in the analysis of the risk of corruption and anti-corruption risk assessment report on the Agyapa Royalties Transactions,” he said.

The former Attorney-General further stated that the directive to the Finance Ministry was not because of civil society agitation against the Agyapa Royalties Transactions.

The Minority walked out of Parliament over irregularities with the deal.

Under the deal, Ghana would own 51 percent of the Jersey-based company Agyapa Royalties and the remaining shares would be listed on the London Stock Exchange.

In return for handing over such a large share of Ghana’s future revenues, the government said it could raise $500 million in capital to ease the country’s growing debt crisis by listing the remaining 49 percent of shares.

This values the rights at around $1 billion, which is far less than Ghana’s minerals deposits are potentially worth, according to IMANI Africa.

The Agyapa Royalties deal generated so much controversy because of alleged instances of conflict of interest, lack of transparency, and lack of due diligence.

Some 15 Civil Society Organizations (CSOs) under the umbrella name Alliance of CSOs working on Extractive, Anti-Corruption, and Good Governance also demanded the immediate suspension of the implementation of the controversial Agyapa Royalties Limited established by the government through the Minerals Income Investment Fund.

Martin Amidu’s Corruption Risk Assessment on the deal also raised red flags over the deal, describing the deal as fraught with corruption.

He resigned from office partly because of alleged deliberate efforts by the President to stifle his work as an independent Special Prosecutor.

Samini, Wendy Shay, And Other Celebs Show Up To Support Mark Okraku Mantey At His Vetting For Ministerial Position