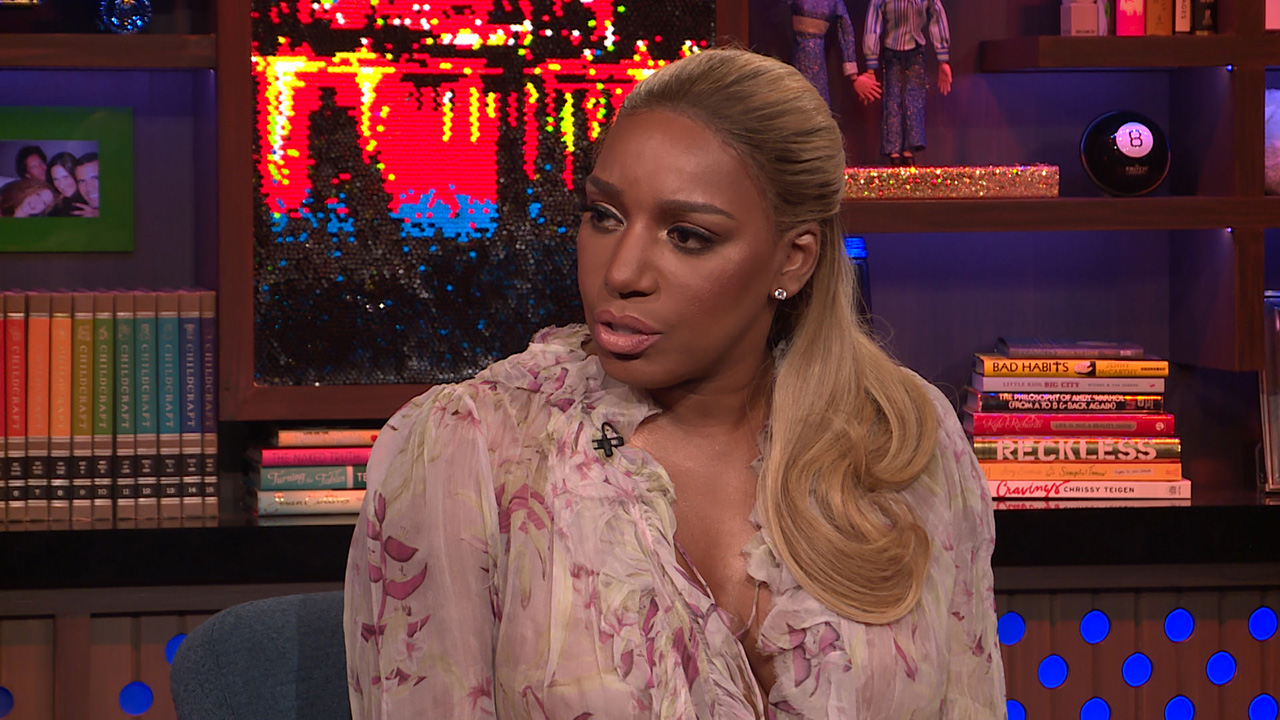 The new midseason trailer for RHOA dropped yesterday, February 7 and NeNe Leakes was more than pissed off. NeNe got physical and she even pushed the camera that was filming inside her home. Check out more details below.

It all started with a scene when NeNe got into a fight with Marlo Hampton while the cast was filming at her home and she had a nervous breakdown there.

Hollywood Life reveals that a source told Radar Online that NeNe ‘lots it’ that day and she was out of control, dragging everyone and throwing the whole crew out.

This was more than likely caused by the massive amount of stress that NeNe has been under since she found out that her husband Gregg Leakes has colon cancer.

‘Do you know what I’m going through?’ NeNe asked the crew.

Marlo didn’t seem ready to be having any pity for her and she told NeNe, ‘You’re not the only person hurting. Gregg’s hurting, (son) Brentt‘s hurting, his friends are hurting’ as NeNe rolled her eyes.

In real time, NeNe seems to be better these days and she has recently revealed to her fans and followers that she and Gregg Leakes are the newest American Cancer Society Ambassadors.

She also spoke about cancer on behalf of the American Cancer Society at the Super Bowl Gospel Awards.