A court in South Africa on Friday dismissed former President Jacob Zuma’s attempts to appeal against his corruption trial related to a 1990s arms deal.

The High Court in the southeastern city of Pietermaritzburg ruled that “Mr Zuma’s leave to appeal is dismissed with costs”.

Zuma, who was forced to resign last year over a separate corruption scandal, filed an appeal last month ahead of the initial October 15 trial date, dragging on a case that has seen numerous legal turns over a decade and a half.

He is alleged to have taken bribes from French arms manufacturer Thales through his former financial adviser Schabir Shaik worth four million rand ($270,000).

Zuma, 77, denies charges of corruption, money laundering and racketeering related to a $3.4bn arms deal in 1999 when he was deputy president.

Thales also denies the charges. Its application for permission to appeal against the trial was also thrown out at the same time as Zuma’s.

Both Zuma and Thales, have the option to approach the Supreme Court in their push to dodge trial, legal analyst Mphulelelo Zikalala, suggested that “the prospects of success are slim”.

The former president has alleged his case was prejudiced by lengthy delays in bringing the matter to trial.

Zuma said earlier this year that he had been “vilified” and subjected to “character assassination” as part of a conspiracy by opponents seeking his downfall.

His lawyer Muzi Sikhakhane has denounced “political interference” in the case.

The charges were first brought in 2005 but they were dropped by prosecutors in 2009, shortly before Zuma became president, and reinstated in 2016.

Zuma was forced to step down last year by the ruling African National Congress (ANC) party after a nine-year reign marked by corruption allegations and dwindling popularity.

President Cyril Ramaphosa, who took over from Zuma, has promised to tackle deep-seated corruption but faces opposition from senior powerful ANC members, many of whom remain Zuma allies. 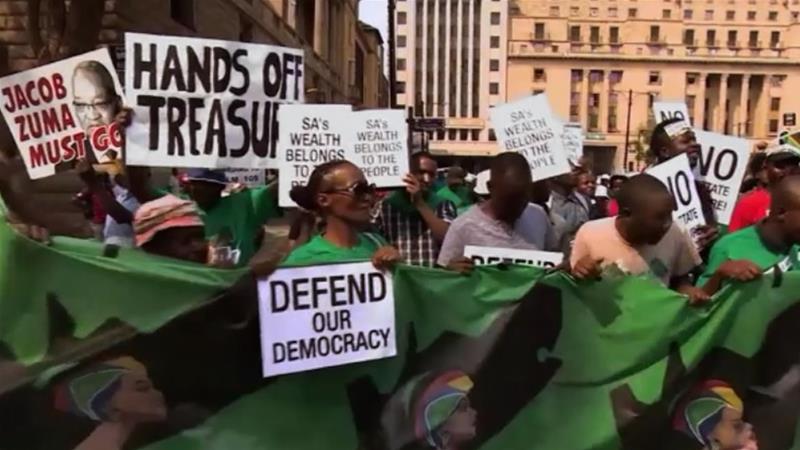 Reasons for new cedi notes ‘does not make sense’ – Adongo

Suriname president gets 20 years in jail for murder