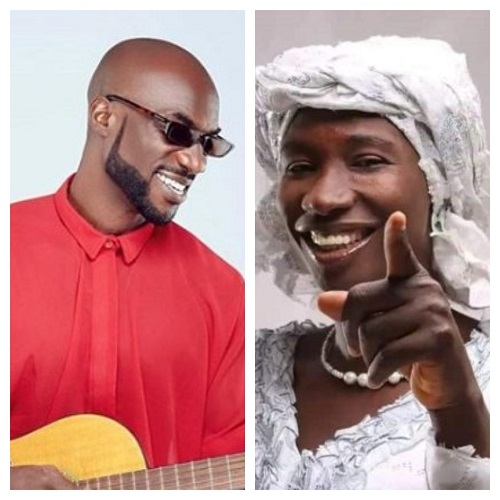 The highlife musician said he doesn’t see the reason why the female evangelist is trending for making a small mistake with the English language.

He added that the Ghanaian music industry is too comical.

Speaking on Hitz FM, the musician recounted how in Ghana when an artist releases a hit song and later something negative happens concerning the same artiste, the song is almost immediately forgotten, and all the hype and concentration goes to the negative side of the artiste. He said this is very bad.

He also added that Cecilia Marfo sang an English tune wrongly because she’s not formally educated but Ghanaians decided to make a mockery of that so much so that she’s now trending for the wrong reason.

He said Cecilia Marfo has been doing a lot of good work as a gospel musician but did not get promoted for that instead she began trending for something negative.

Kwabena Kwabena, however, affirmed that music is entertainment but he believes there’s no balance in terms of seriousness.

“We pay too much attention to the comic part of music than the music itself, it’s a 20 to 80 percent difference in terms of the balance,” he lamented.

“We popularise certain songs that we are not supposed to, comedy is promoted ahead of the music,” he added.

“When a former President of Ghana made a mistake while speaking English in Parliament, what did Ghanaians do during that time?” Kwabena quizzed.

“He became the trend for that mistake for a long time leaving his status as president and all that he did in his position. The same thing is happening in our music industry,” Kwabena Kwabena added.