President Joe Biden speaks during a news conference in the East Room of the White House in Washington, Wednesday, Jan. 19, 2022. (AP Photo/Susan Walsh)

Ukraine’s President Volodymyr Zelensky has hit back at comments made by his US counterpart Joe Biden about a “minor incursion” by Russia into his country.

Mr Biden had suggested that a “minor” attack might bring a weaker response from the US and its allies.

Russia has some 100,000 troops near the border but denies planning an invasion.

President Vladimir Putin has made a series of demands to the West, insisting Ukraine should never be allowed to join Nato and that the defensive alliance abandons military activity in eastern Europe.

On Wednesday, President Biden told a news conference that Mr Putin would pay a “serious and dear price” for invading Ukraine, but also indicated that it might depend on how Russia went about it.

“What you’re going to see is that Russia will be held accountable if it invades and it depends on what it does,” he said. “It’s one thing if it’s a minor incursion, and then we end up having to fight about what to do and not do etc.” 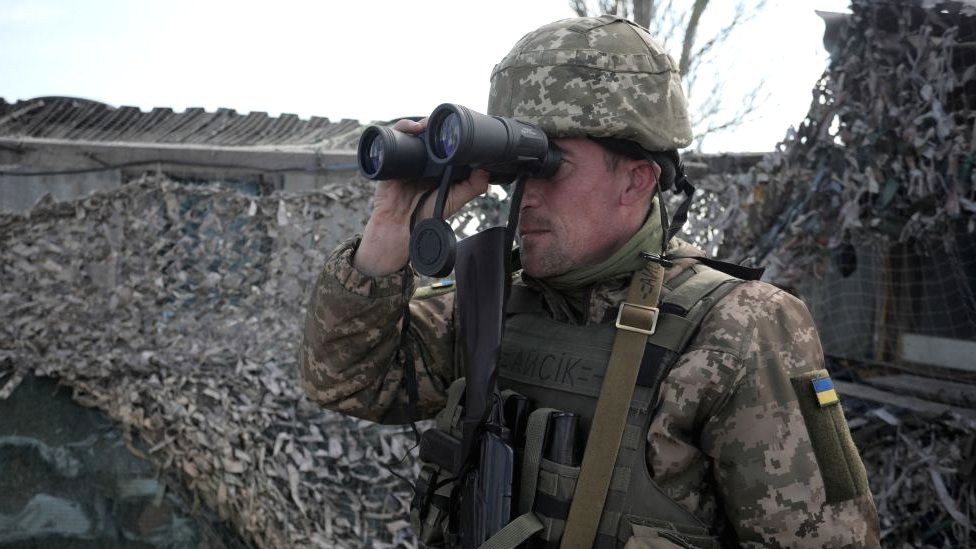 His comments prompted questions over how the US might respond to Russian aggression and officials have been rushing to clarify Washington’s position.

“We have been very clear throughout,” US Secretary of State Antony Blinken said on Thursday, adding that any Russian incursion into Ukraine would be met with a “swift, severe and united response” from the US and its allies.

On Thursday, Mr Biden himself said that any entry of Russian troops would count as an “invasion”.

In Berlin on Thursday, Antony Blinken said the US had been “very clear”. Any move by the Russia military into Ukraine would be met by a “swift, severe response”.

The previous night, however, President Biden had been far less definitive – distinguishing major invasions from “minor incursions” that could prompt a more limited reaction.

That may have been a candid revelation from the US president, as was his prediction that Mr Putin will “move in” to Ukraine anyway. But it undercut Mr Blinken’s efforts on this trip to present the current crises as a stark choice for Russia between diplomacy and conflict, without any mushy middle ground.

Mr Blinken raised the stakes further during his Thursday afternoon speech, perhaps to steel the nerves of US allies gathered in Berlin. This was not a “distant regional dispute”, he said, but rather a threat to the international principles of sovereignty and self-determination. If Russia wanted a new Cold War, the US and its allies were ready.

Those words – and Mr Biden’s – will hang in the air as Mr Blinken heads to his Geneva meeting with his Russian counterpart on Friday.

Mr Blinken was speaking from Germany after meeting foreign ministers from key European countries for talks aimed at co-ordinating a Western strategy over a potential invasion of Ukraine. He is due to meet his Russian counterpart Sergei Lavrov in Geneva on Friday.

The Kremlin earlier warned that Mr Biden’s comments could further destabilise the situation.

Meanwhile, British Prime Minister Boris Johnson said that any incursion into Ukraine by Russia “on any scale whatever… would be a disaster for the world”.

What does Putin want?

Russia’s president has long claimed that the US broke a guarantee it made in 1990 that Nato would not expand further east. “They simply deceived us!”, he complained at last month’s news conference.

Interpretations differ over what exactly was promised to the then-Soviet leader, Mikhail Gorbachev. But it is clear that Mr Putin believes the guarantee was made.

Since then, several central and eastern European countries, which used to be part of the Soviet Union or its sphere of influence, have joined Nato. Four of them – Poland, Lithuania, Latvia and Estonia – have borders with Russia.

Russia argues that this expansion, and the presence of Nato troops and military equipment near its borders, is a direct threat to its security.

The country seized and annexed the Crimean peninsula in southern Ukraine in 2014 after Ukrainians overthrew their pro-Russian president. Ever since, Ukraine’s military has been locked in a war with Russian-backed rebels in areas of the east near Russia’s borders.

There are fears that the conflict, which has claimed 14,000 lives and caused at least two million people to flee their homes, may reignite and that Russia’s military will cross the border.

Pay me the agreed money or I spill the beans - Mzbel dares ‘Mr. President’ over ‘Papa no’